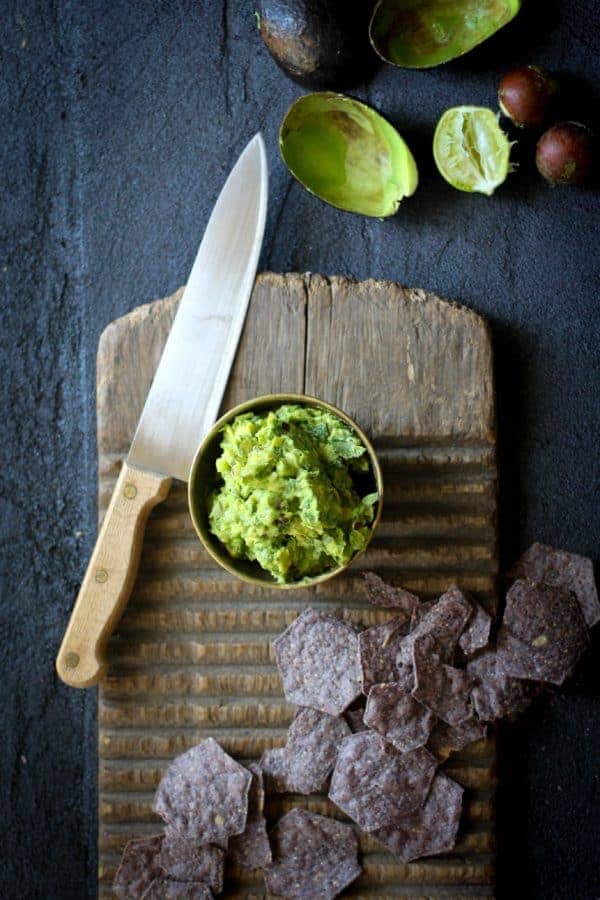 Until I visited California the first time I had never had proper guacamole. Growing up in Birmingham, AL I was more familiar with the guacamole they jam into a caulk gun at Taco Bell. Runny, goopy, GROSS! Ok, now I am embarrassed. 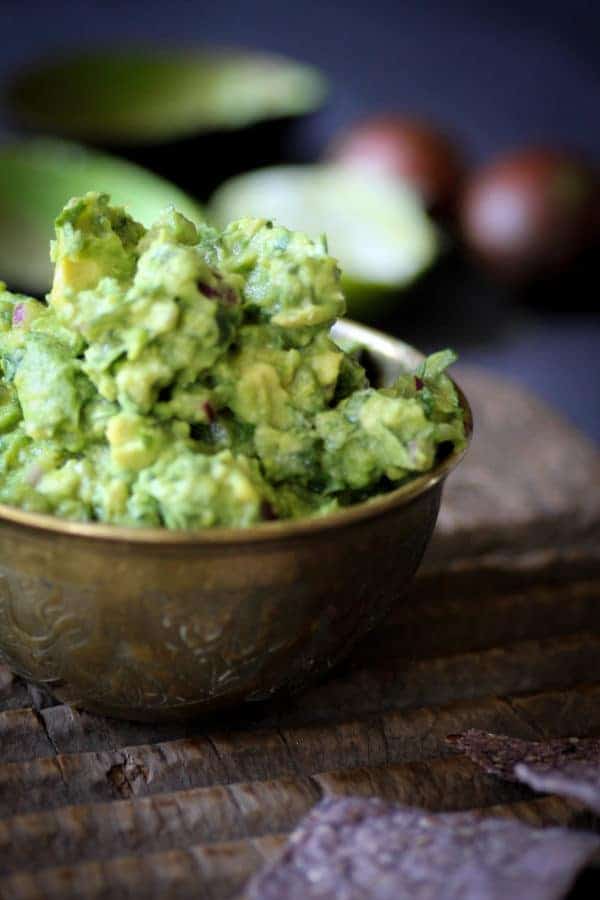 In my late twenties, I met Todd who happened to grow up in Southern California where avocados are king and everyone has a special guac recipe of their own. I was terrified the first time I flew out with him to meet his mom and she told me that she was making her homemade guacamole for me. I really didn't have much guacamole experience to go on, but I put on a brave face and told her I couldn't wait to give it a try! 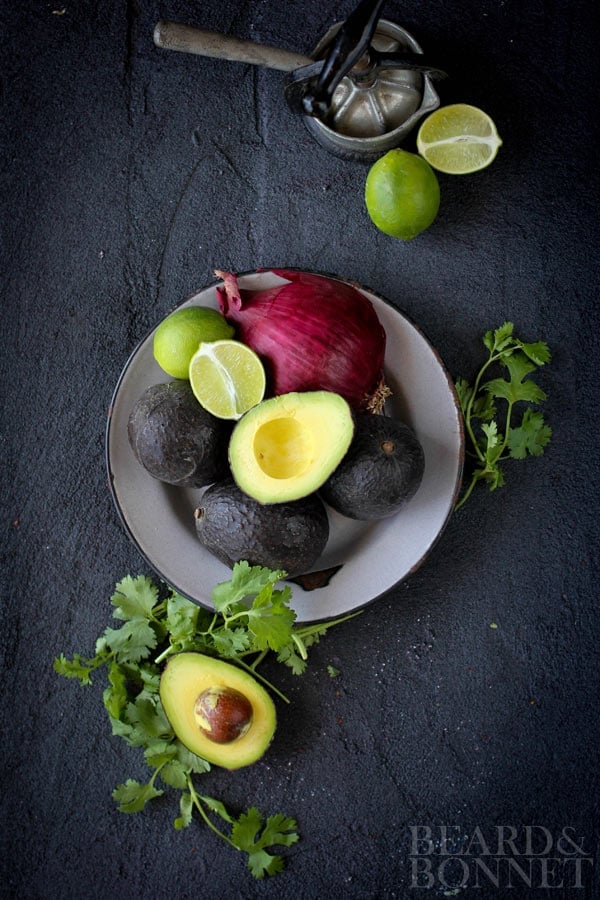 What she brought out of her kitchen that evening was unlike any guacamole experience I had ever had! It was full of lime, red onion, and cilantro (the prettiest shade of green I had ever seen) and was the farthest thing from caulk gun guacamole I could have imagined. It was SO good in fact that I was tempted to eat an entire bowl in one sitting. Although I still don't know her exact recipe, I have spent lots and lots of time over the past 8 years tweaking my own version of her amazing guac and I have to say that I think I'm close! We eat a big bowl of this almost every weekend and when I am having a particularly frustrating day nothing makes me happier than whipping up a big bowl, grabbing a bag of tortilla chips, and hanging out with my family on the patio to unwind. 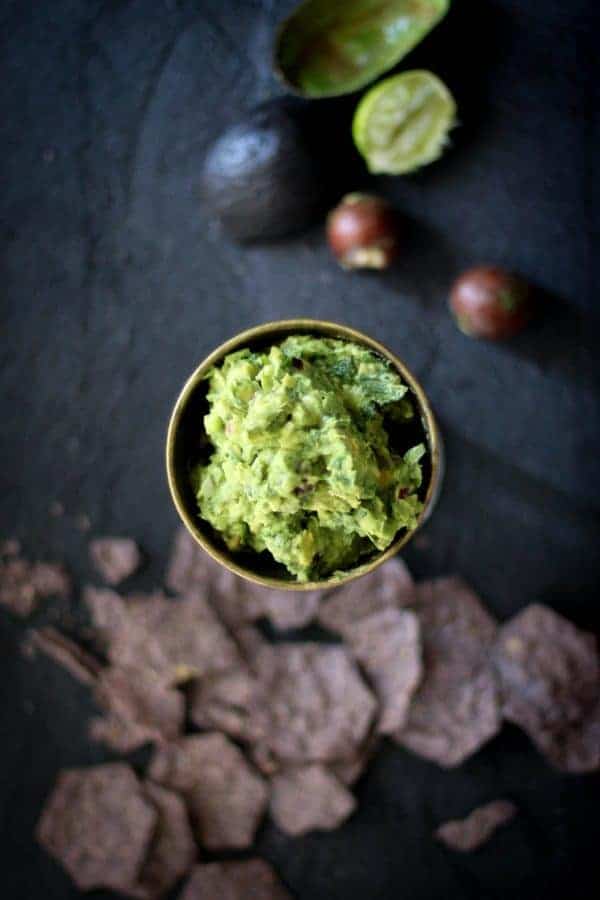 « How To Make Fruit Roll-Ups Roundup
Romanesco and Eggplant Curry »