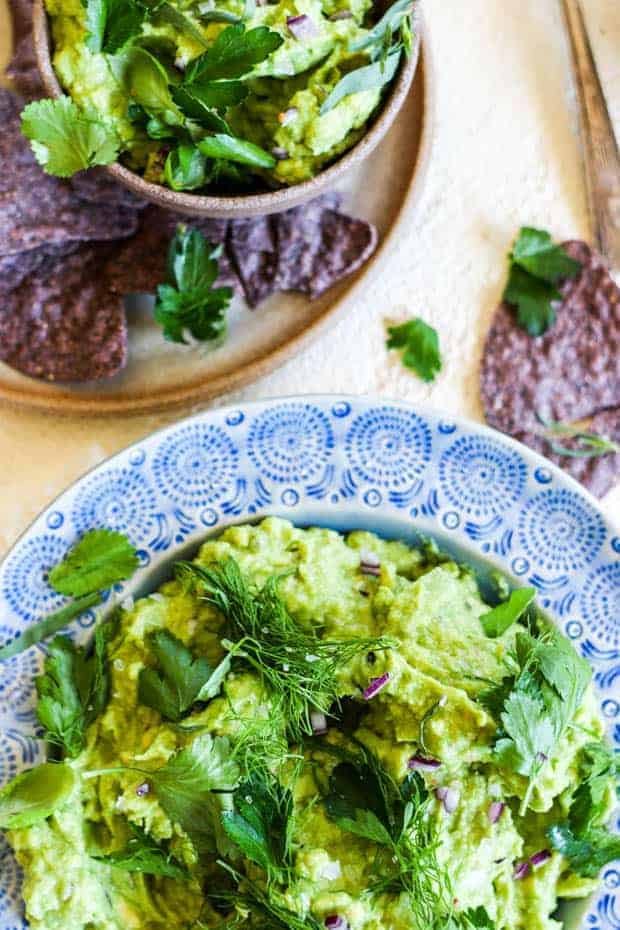 Is there anything that brings people together more than a gigantic bowl of Herbaceous Guacamole and chips?! I think not. This particular guac is not your standard guac though, it is loaded with vibrant, punchy flavors from a variety of leafy green herbs that hit ALL the expected flavor notes for your tastebuds and a few surprising ones too!

{{ The recipe for this Herbaceous Guacamole and the post that goes with it was made in partnership with California Grown! We received compensation and product in exchange for it. Opinions are always our own. If we don’t love it, you don’t hear about it. Thanks for your continued support! 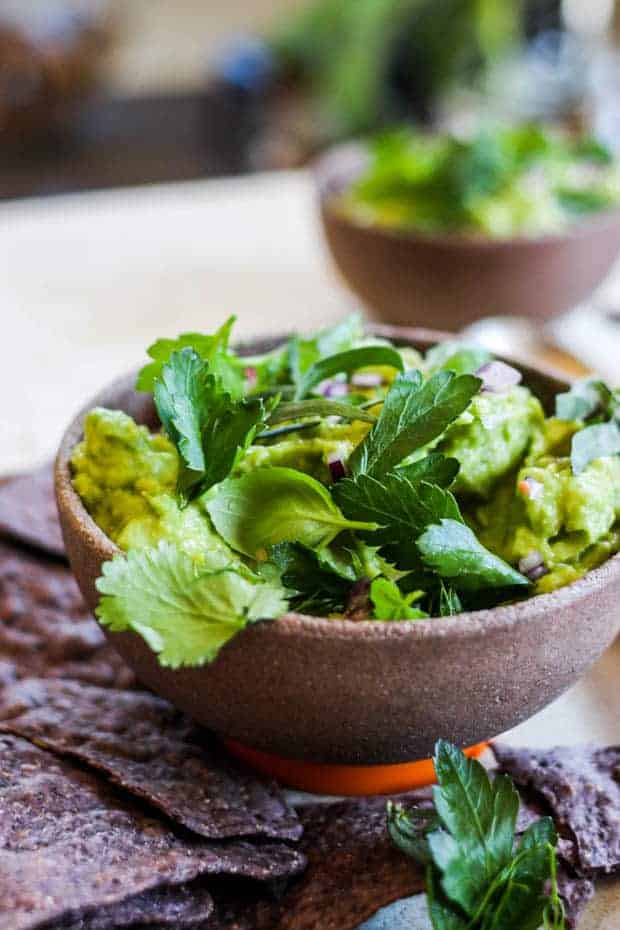 I’ve said this before and I will say it again, living in California FOREVER changed this southern girl’s opinion on avocados!

Sadly, where I grew up in the south we didn’t have avocados in the grocery store, at least my mom wasn’t buying them if they were there. I’m pretty sure that my first guac experience was at that well known, fast food, taco joint that shall not be named in this post. I just wasn’t impressed with the green goo that was expressed on my food from their loaded caulk guns. So, at very young age I made a misinformed assumption that avocados weren’t my thang. 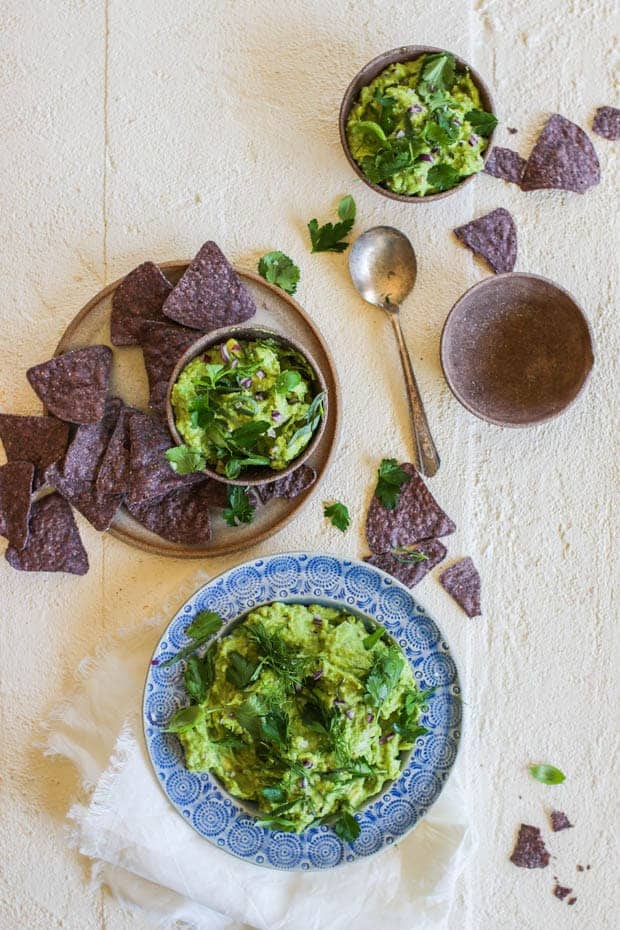 Fast forward to my late 20’s when I met my now husband, Todd. He grew up in California and luckily for me, he grew up with family friends in California that had an avocado orchard. So, on one of our first visits to meet his family Todd’s mom announced that she was making homemade guacamole with avocados that were just harvested the day before at Bob and Cheryl’s orchard in Temecula, California. 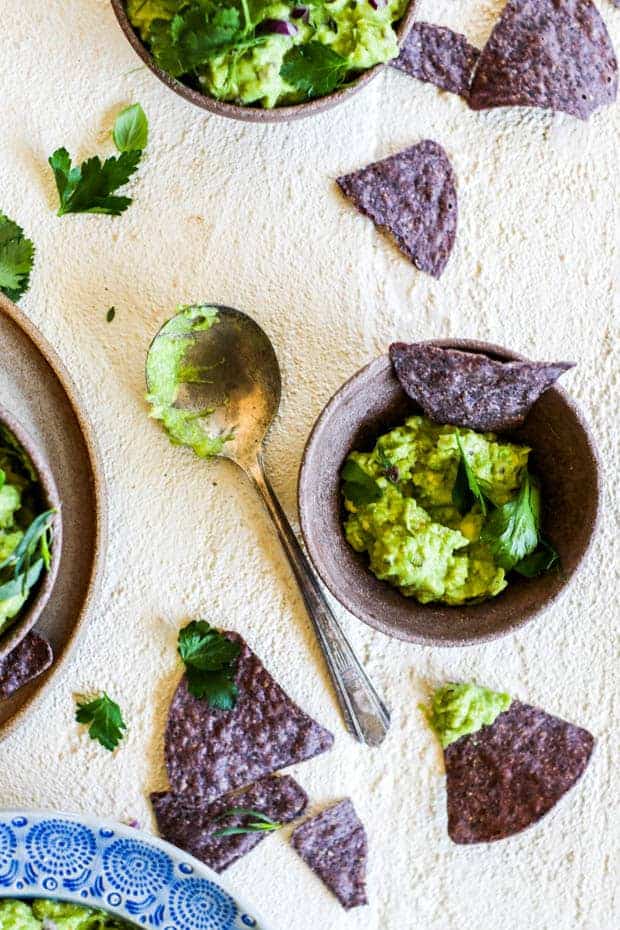 I was concerned, I didn’t want to eat that green goo, but I also did not want to hurt his mom’s feelings.

Lucky for me, her guacamole was just about the most beautiful thing I had ever seen and it forever changed the mental image in my head that is recalled when someone announces they are making guac! Phew! Her guacamole recipe is my go-to recipe and I’ve shared here on the site before, but I have lots of other versions of guac here on This Mess is Ours as well, that have been inspired by my ravenous need to make up for all of that lost time NOT eating real deal guacamole when I was a kid.

This particular version was actually inspired by a dinner I had in New York City last year with my girl friend’s Kate and Katie that showcased avocados from California. The base of the guac is super lime forward which I love and then it is sprinkled with a mix of tender leafy herbs like fennel fronds, thyme, flat leaf parsley, tarragon, cilantro, and my favorite – basil! 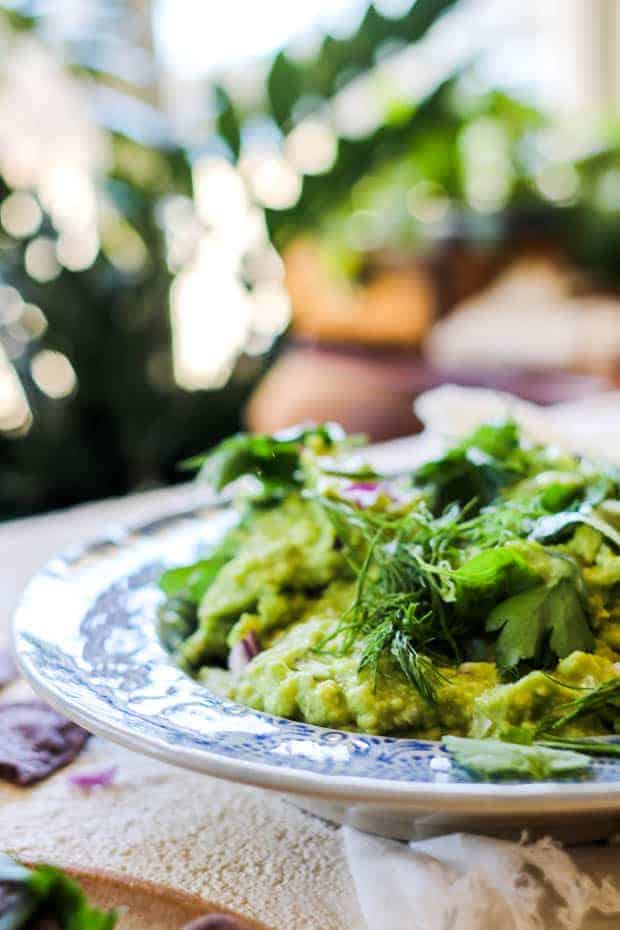 Every bite has a different combination of flavors depending on which herbs you scoop up, and I really love that this guac  feels SO special when I serve it, even though most of the time, I’m just cleaning out the excess herbs in our crisper drawer.

Now, that we live back in Georgia full time I miss those super fresh from the farm California grown avocados. But you know what, tines have changed since I was a kid and these days I can still get a taste of that California sunshine pretty much wherever I am in the country, because California leads the nation in the production of crops like avocados.

If you’ve whipped up a batch of my Herbaceous Guacamole or any of the other recipes on our site, don’t forget to rate the recipe and let me know what you think in the comments below, I love hearing from you! You can also FOLLOW ME on FACEBOOK, INSTAGRAM, TWITTER, and PINTEREST to see more. 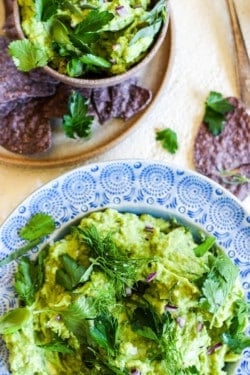 The base for this guacamole recipe is super simple and delicious ALL on its own, even without the mixed herbs.

zest and juice of 1 large lime or 2 small ones

Scoop the avocado halves from their shell and place them into a mixing bowl. Add the zest, lime juice, and 3 tablespoons finely minced red onion. Season with salt to taste. Use a fork or potato masher to break the avocados down to your liking. I prefer the base of this guac to be smoother, but if you like more texture don’t break down the avocados as much. Transfer to a serving platter.

As far as directions go this guac is pretty straightforward, but I do use a potato masher to break the avocados down to a creamy consistency. Click here to see what type of potato masher I use.