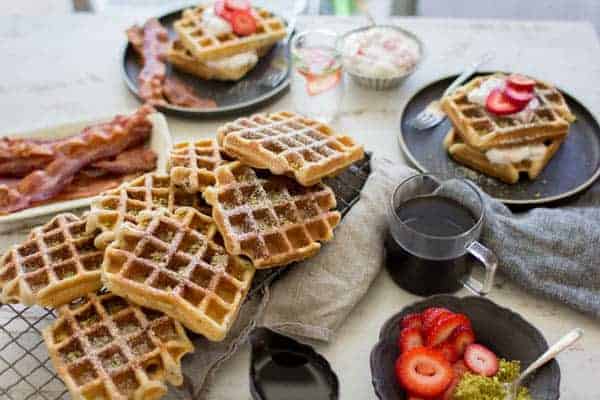 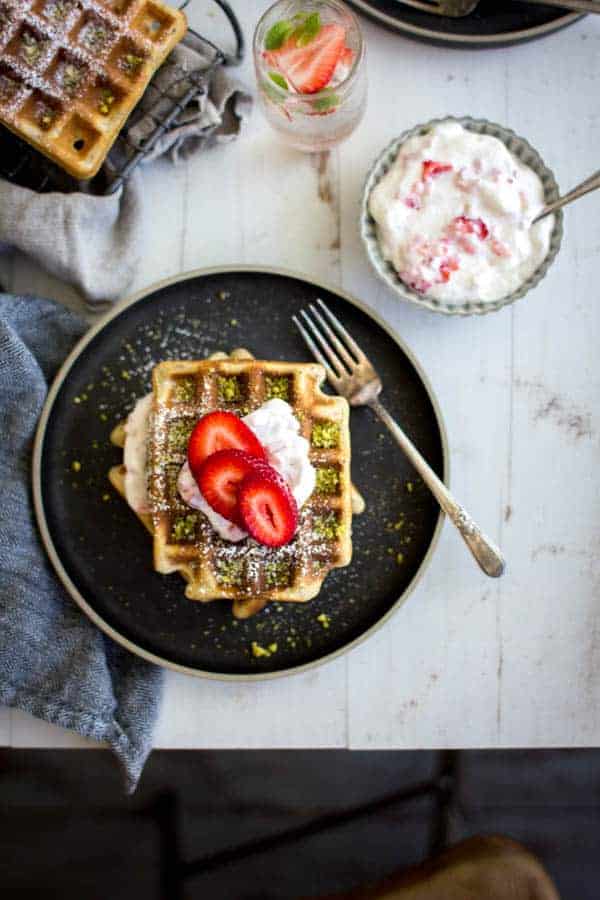 I’ve declared that I love strawberries so much recently you would think that they were all we eat. Truth be told, I tend to go berry crazy right when they come into season. I can’t resist, it’s useless, so instead of fighting it I’m just going with it and laying another berry laced recipe on you with these strawberry and pistachio waffles! 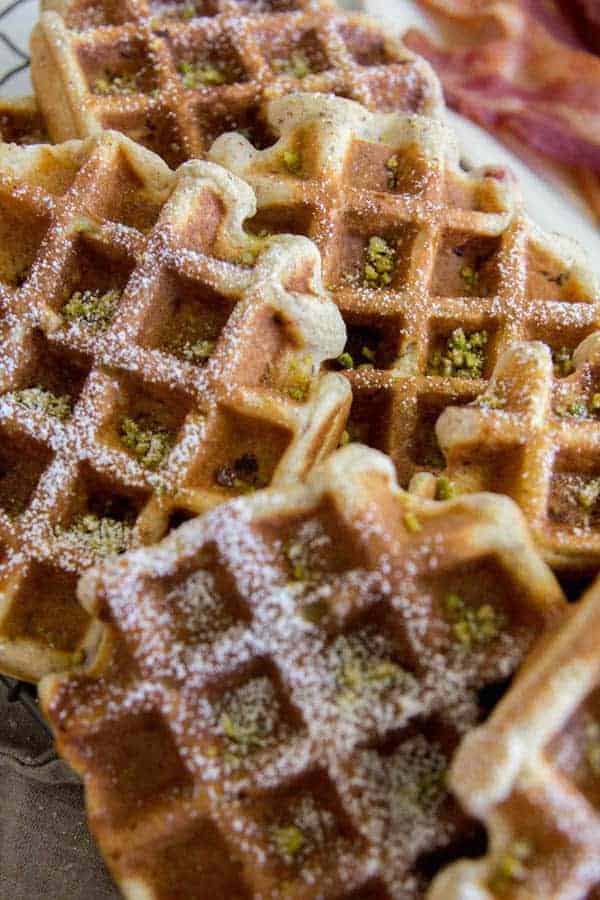 I cannot think of a better way to kick off berry season than a gigantic stack of waffles. Whether you are dishing up brunch for a crowd on Easter or meal prepping a week’s worth of breakfasts for the kiddo’s these waffles always hit the spot! 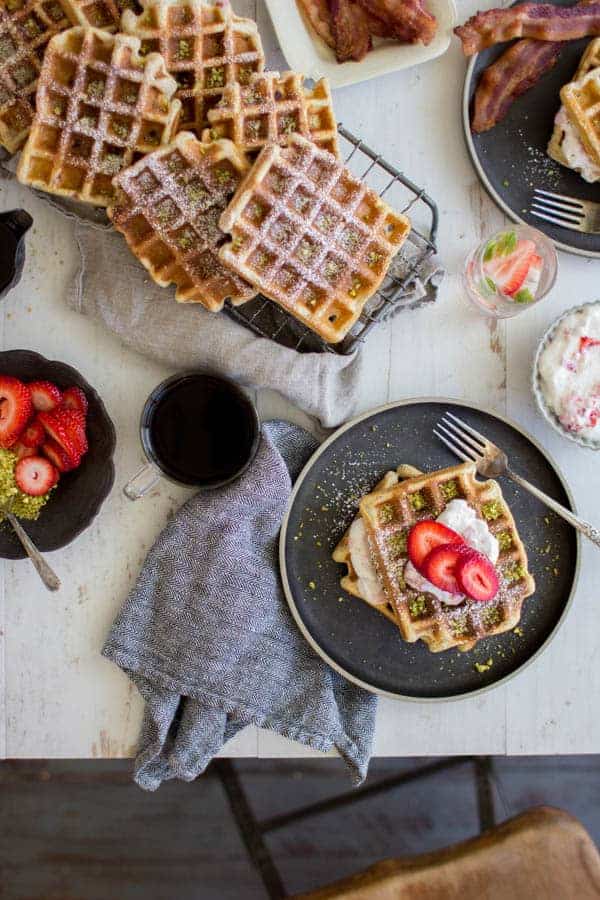 To serve for brunch I like to sprinkle the waffles with pistachio dust, lightly dust them with powdered sugar, and have heaps of fresh sliced berries and whipped cream on the side. To meal prep for quick weekday breakfasts I simply cool the cooked waffles on a wire rack then I individually wrap them and store them in the freezer. In the mornings we just unwrap a waffle or two and pop them in the toaster to defrost and crisp up. Honestly, it’s hard to have a case of the Monday’s when you’re munching on waffles! 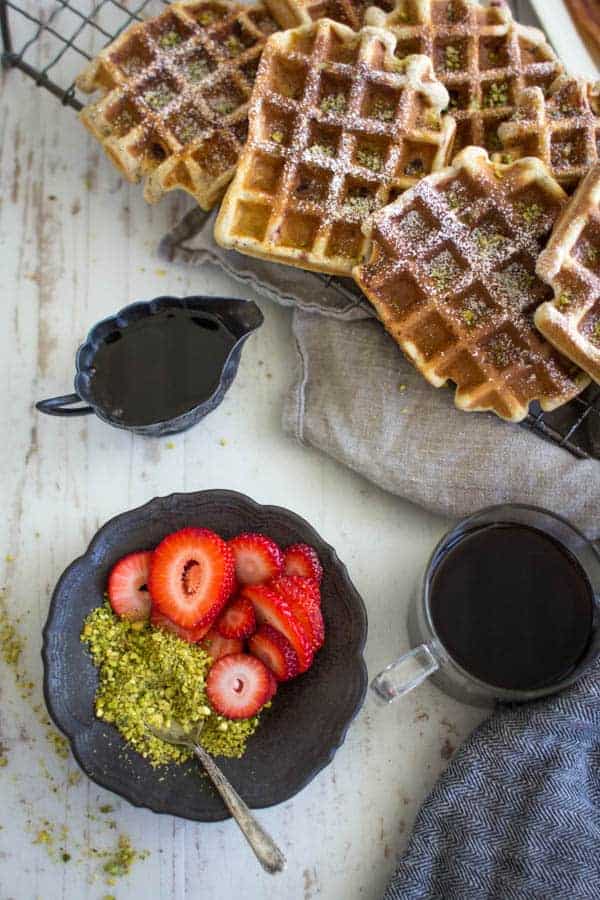